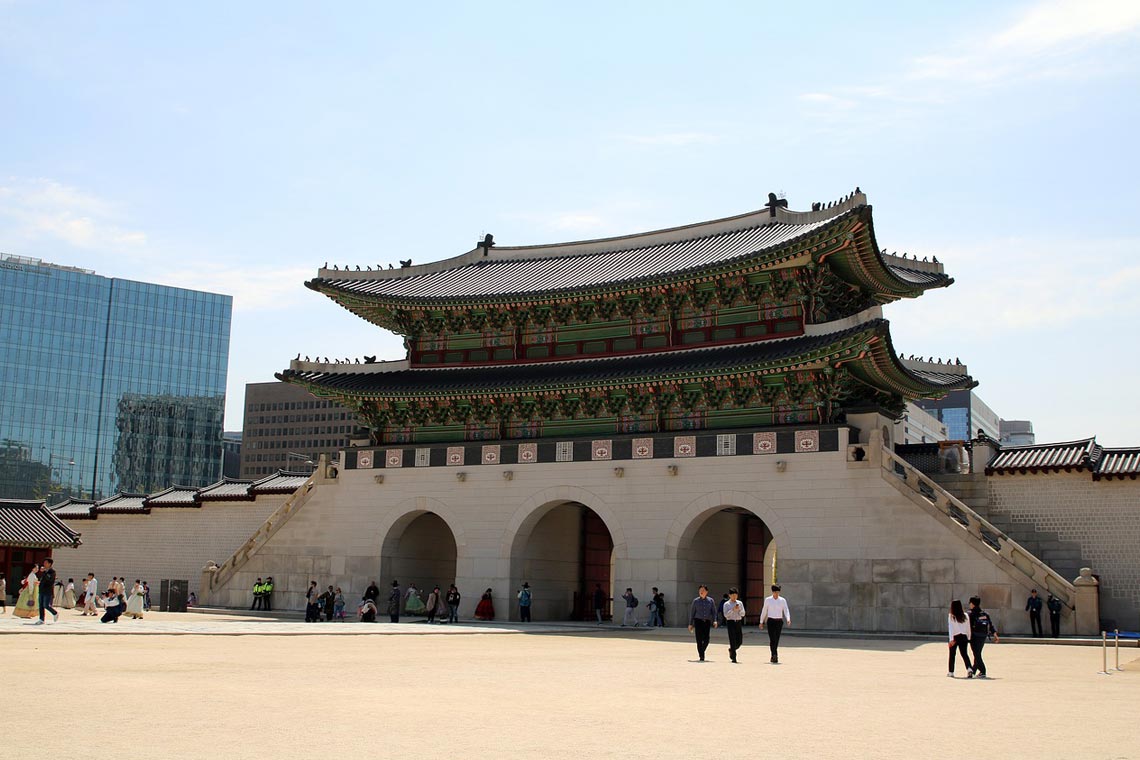 In this article, we will discuss the details of this visa, its requirements, and how to apply it. We will also state what countries citizens can use Tourist/Transit visa (B-2-1) for transit in South Korea.

This visa is defined for those who intend to reach their destination in a third country through South Korea. Nationals of some countries can travel to or transit South Korea for 30 days or less without a visa. Citizens of the European Union, the United States, Canada, and Australia are on this list.

If you want to apply for a Tourist/Transit visa (B-2-1), one of the following conditions must apply to you:

And they have a valid visa from the mentioned countries (including re-entry permit, study permit, work permit, permanent residency, but excluding e-visa or Japanese Group visa).

You transit through Korea to reach a third country or the country of nationality via direct flight from these countries to South Korea:

Note that in this case, Korea should not be the final destination for travellers.

2. Chinese passengers with a valid visa (such as permanent residency) from 30 European countries and an airplane ticket to your third destination

** If there is a direct flight from these countries, travellers need to use that flight to enter Korea.

3. Individuals participate in the Transfer Tourism Program for a third country or the country of nationality and intend to transit through Korea. 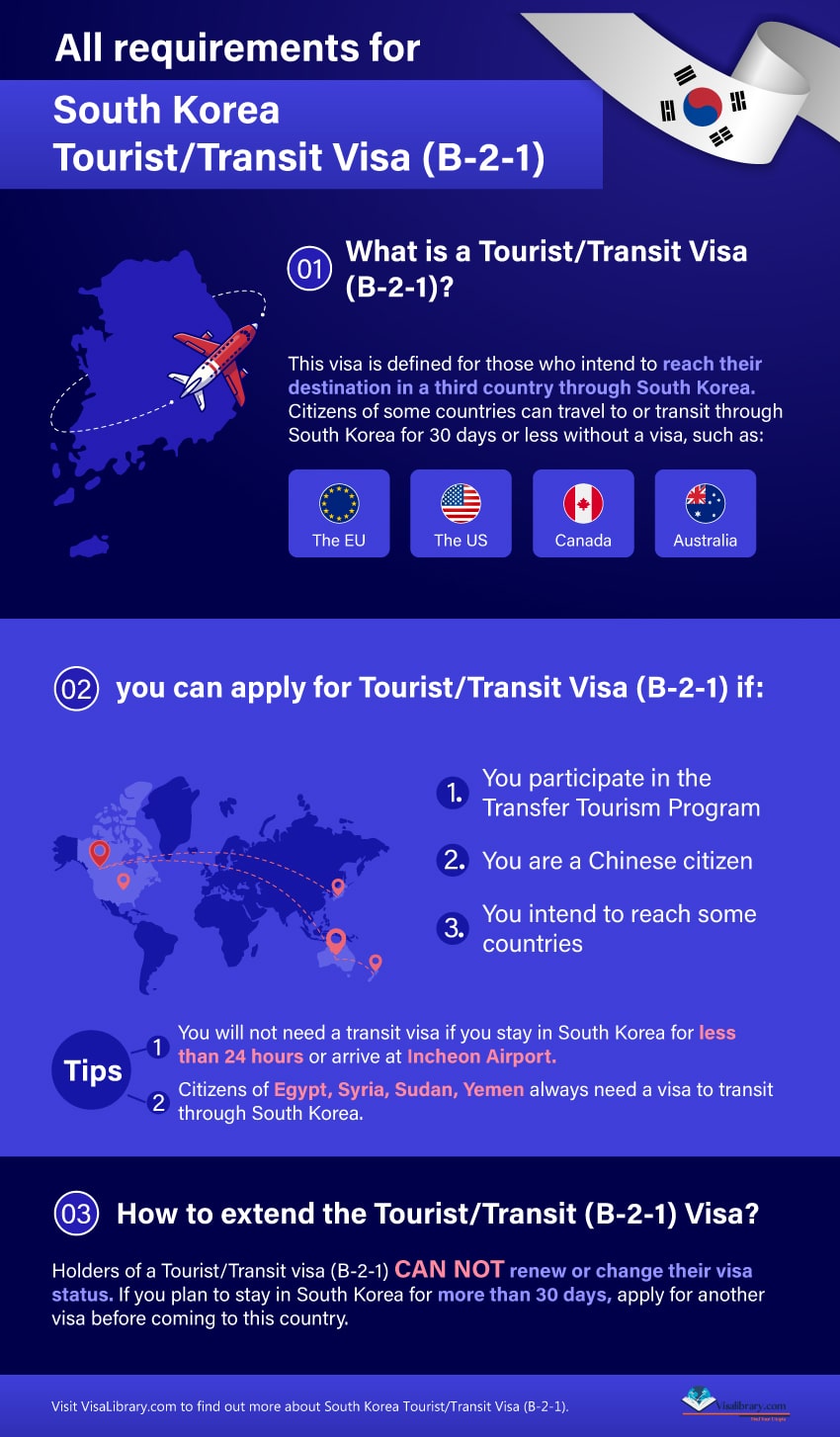 Do I need a visa to transit through South Korea?

The need to apply for a South Korea transit visa depends on the following factors:

You will not need a transit visa if you stay in South Korea for less than 24 hours or arrive at Incheon Airport.

Citizens of these countries always need a visa to transit through South Korea:

What are the requirements of a Tourist / Transit Visa in South Korea (B-2-1) visa?

Some other relevant types of visa are as follows:

How to extend a Tourist / Transit Visa in South Korea

Holders of a Tourist/Transit visa (B-2-1) cannot renew or change their visa status. If you plan to stay in South Korea for more than 30 days, apply for another visa before coming to this country.

In this blog, we tried to address the frequently asked questions about the Tourist/Transit visa (B-2-1). On the Visa Library website, you can learn about other South Korean visas as well as ways to immigrate to other countries. In case you have some experience, please write it down in the comment section. Your comments let the readers choose better and avoid mistakes. Conveying your experiences in comments is a great help for applicants.

Sign up to receive the latest South Korea visa news